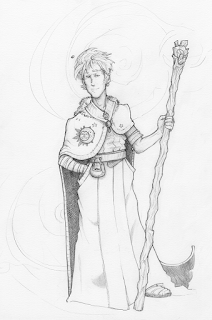 Entry-level PCs in this campaign will fit within one of four categories that determine the method of character generation:

Citizen, a life-long city denizen of no importance, rolls 3d6 six times and assigns for stats, has one City Confidant, OR one Wealth Point, has normal starting money and possessions, and may choose average HP each level.

Wildlander, one who comes from outside the city, from the monster villages and the fief-farms, or a traveller from somewhere across the continent, or one of the true primals a wanderer of the wilds... rolls 4d6, discards the lowest, and assigns for stats; has proficiency in an additional nature-based skill, OR has one Wilds Confidant, OR gets max HP for 1st level; may choose average HP each level. 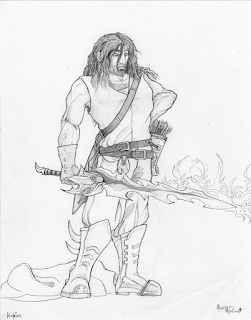 Outlander/Exotic, those who hail from another world and have become trapped here: standard characters (human, elf, dwarf, goblin, orc, half-whatever) = rolls 3d6 seven times, drops the lowest value, and assigns for stats; has against all odds one City Confidant (always another Exotic), OR a minor magical item; non-standard characters are case-by-case negotiations with your DM.


Wealth Points can be “spent” for large sums of money, or retained as functional status. To get into the first of the retricted tiers of the city one must retain at least one Wealth Point.

City Confidants are NPCs that a character has a positive relationship with, who will provide assistance, and grow in usefulness and loyalty if nurtured.

Wilds Confidants are as city ones but tend to be more useful since they are harder to interact with.


Thoughts?  Balance is not exactly my forte...
Posted by Orobolus at 9:57 AM 1 comment: