Potions are cool.  You give them out, they get used, they're gone.  Plus they break easy, they interact with each other... there's so much capacity for chaos in the hyper-magic fluid you have rammed in your fanny pack. 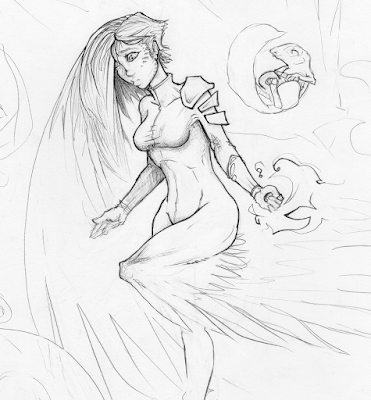 I wanted to make myself a big list of potions for my own use, so I ganked a whole bunch from Goblin Punch.  He already wrote up most of the potions someone would need in the most sensible way I can conceive writing them.  So I stole that too... but that's what we're here for right?  When the stealing was done, and the obvious spectrum of healing potions were added to the list, I still needed to write up a few dozen of my own potions, so here those are in GP style, to enhance and completely ruin your pcs' lives (particularly if they're the sampling types).  Drink up! 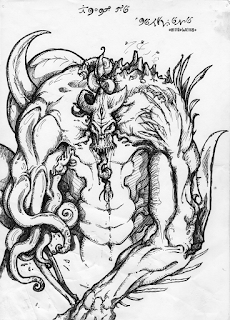 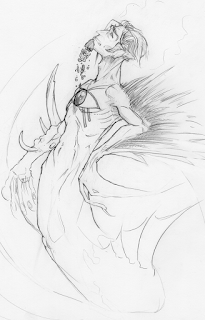 29 – Space Hands - Your hands become as a gray clear crystal that reflects no light, for the duration they are completely indestructible. Once per round you may reach a hand through the dimensions and pull out something (gonna need a whole other table for this) random, some will be held/wielded some thrown into this dimension. If you succeed an unarmed attack on a foe you may initiate this power within their body, dealing 1d10+4+damage modifier and any damage appropriate to the random object. Lasts 1d4+2 rounds. Looks like a layer of deep blue on the bottom and a layer of bright orange on top. Smells like a catcher's mitt. A small sip makes you want to punch a wall.
30 – Liquid Tool - These come in a variety of forms: (3) tents and a stocked campsite, a battering ram, a siege tower, a covered wagon, (30) iron swords, a great pile of climbing gear, (5) highly unpredictable firearms and (60) uses of ammo and powder, etc. Looks like it's crammed full of wood or cloth or metal. Smells like wood, cloth, metal, gunpowder. A small sip makes you spit out some unraveled rope, a small chunk of iron, splinters, etc.
31 – Undeath - You die, swiftly and painfully. If you are 4th level or lower, you return as a mindless form of undead. If you are 5th level or higher, you return as an intelligent form of level appropriate undead. Looks like black oil. Smells like mold. A small sip hurts you deep inside, save (constitution, poison) or a random internal organ dies and returns to functionality as an “undead organ”, the character is unaware. The organ functions well enough, but can be turned/destroyed and creates all sorts of problems for clerics/paladins.
32 – Immacula's Elixir - Heals all damage, poisons, diseases, regrows any lost organs or limbs, erases scars, restores lost levels. For the next 1d4 turns, your status cannot be affected (you cannot be petrified, poisoned, diseased, put to sleep, etc.) and any wound received immediately heals. If you are older than prime physical age, you grow younger 1d20 years. Looks like shimmering rainwater with a green glowing seed inside. Smells like rain and young shoots. A small sip tastes like sugar, dew, and lime, erases weariness and quenches your thirst for a time.

Been playing a bit in-setting, which is helping me grow my information in the right directions, but saps my time to post here.  It all feeds the same dark beast though.  Working on like five d100 encounter tables by terrain at once.  Thought I'd finish one of those first, but trying to roll for random treasure in 5e just made me super disappointed and I had to fill an obvious hole.  First time playing 5e... it works, I've seen worse for sure.  Lot of poor design in the rule books, there are all these things I have to struggle to look up, or help new people look up because they are bizarrely hidden.  The lack of summon monsters is annoying, but I always end up making my own summon monster spells/tables anyhow (I love it).  Till next time, careful sniffing that philter.
Posted by Orobolus at 10:37 AM