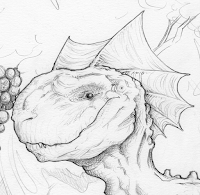 Monster villages are the small, usually isolated habitations that occur frequently on the open terrain of the Gragot plain and other areas.  Here in the wilds a symbiotic relationship is often the best way to achieve some kind of safety.  Conscious monsters will have an INT of at least 6, and are likely to be able to communicate with villagers or at least the village elder(s) in one way or another.  I'm using these tables to generate the random villages players are likely to stumble across in the wilderness beyond the great cities. 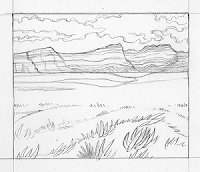 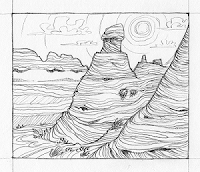 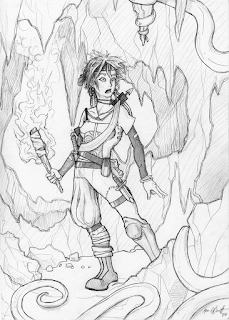 5. The monster has long periods of dormancy and is awake.
6. The monster demands regular sacrifice of intelligent beings.
7. The villagers seek another monster village.
8. The monster can teach unique magic.

Still working on megadungeon stuff, I haven't given up on it.